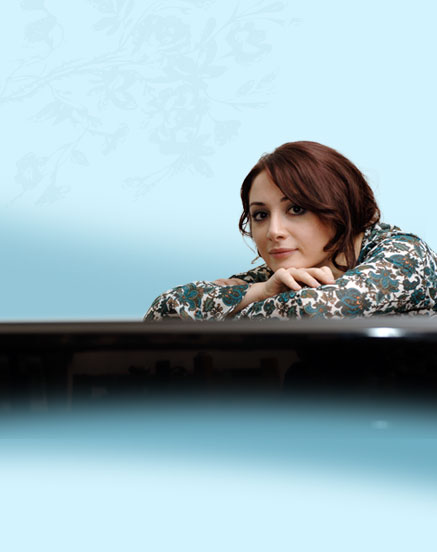 Biography Irma Issakadze was born in Tiflis, Georgia, in 1976 into one of the most distinguished musical families of the former Soviet Union. She received her first piano lessons from her mother at the tender age of three at which time Irma composed short piano pieces.

Following her debut as a soloist at the age of nine with Beethoven’s piano concerto No 1 and the Georgian State Orchestra, her exceptional career began.

At the age of 14, Irma Issakadze was admitted to the College of Music in Munich as a protégé of the German pianist Ludwig Hoffmann.

She studied with the Russian pianist and pedagogue Vladimir Krainev at the College of Music in Hanover from 1996 until she finished the soloist class in 2003.

The exceptional personality of the young pianist continues to attract extraordinary attention on international stages in Spain, Italy, Germany, Georgia, Switzerland, France and the USA.

In July 2008 her recording of Bach's Goldberg Variations was released by Oehms Classics and has earned international acclaim.